Can you have too many lasagne recipes? We think not, and this one from Yotam Ottolenghi’s amazing cookbook Flavour is definitely a keeper. Loaded with earthy mushrooms and oh-so bitey cheese, this is the perfect Sunday night comfort food crowd-pleaser.

For 6 hearty serves, you need: 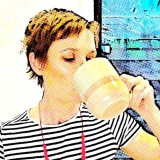